Originally we planned to go to Tiruchirappalli after Madurai. But after discussing with some indians and fellow tourists we decided to change plans and go to Thanjavur. In Thanjavur, is located Brihadeeswara Temple, built by the Cholas and a UNESCO World Heritage site. More than a thousand years old, its foundations were laid by the Emperor Rajaraja Chola I.

At the entrance of the temple we were blessed by an elephant (in exchange of a small fee). 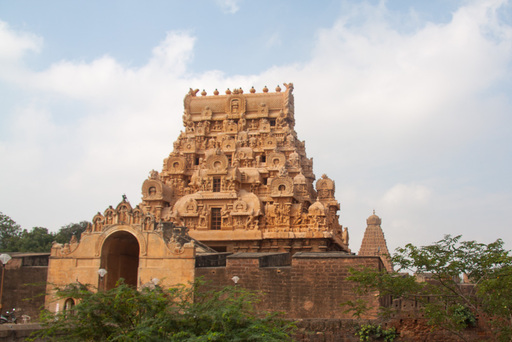 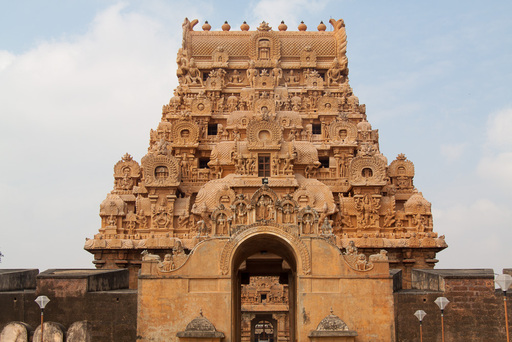 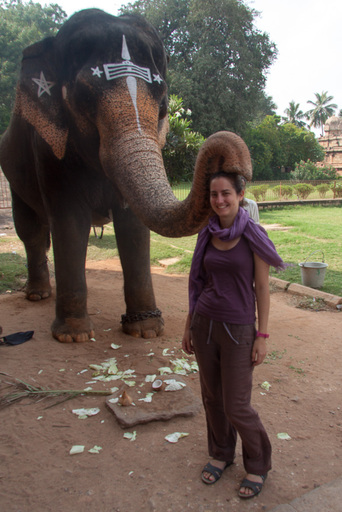 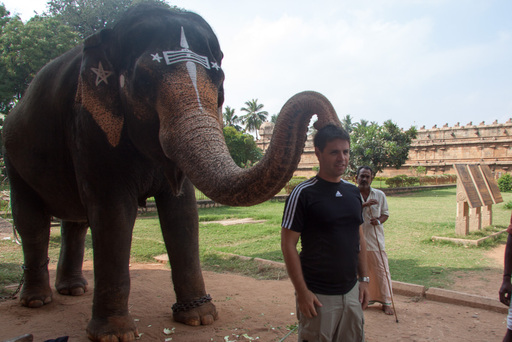 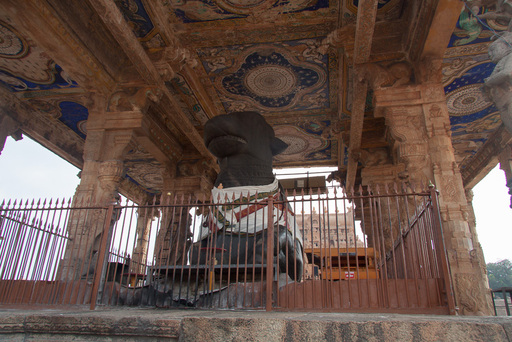 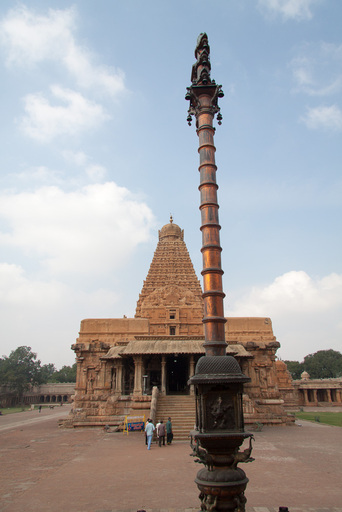 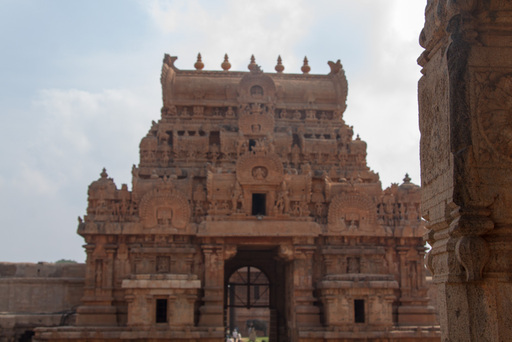 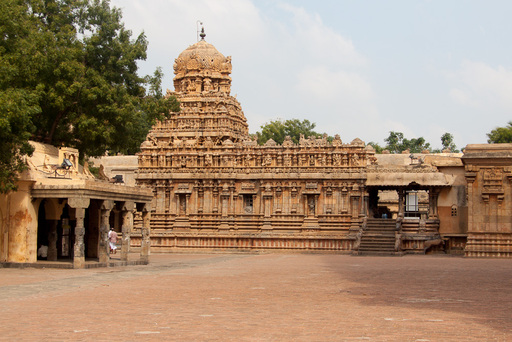 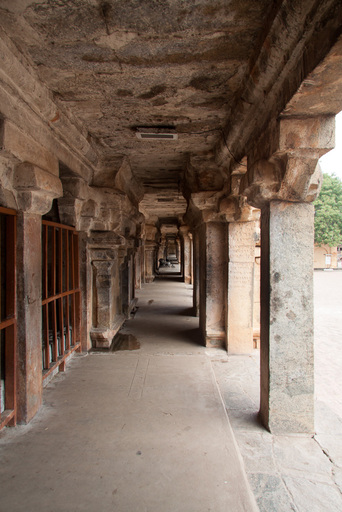 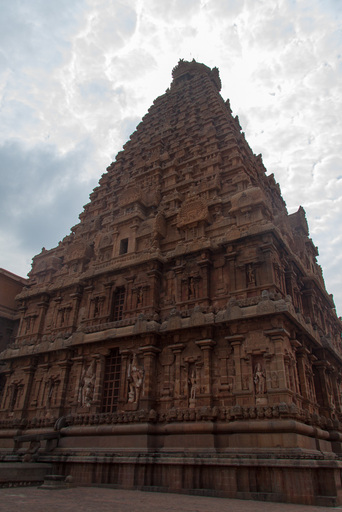 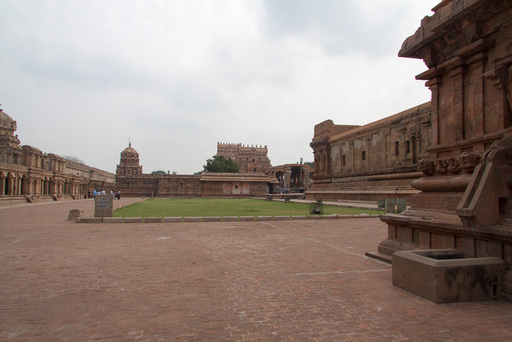 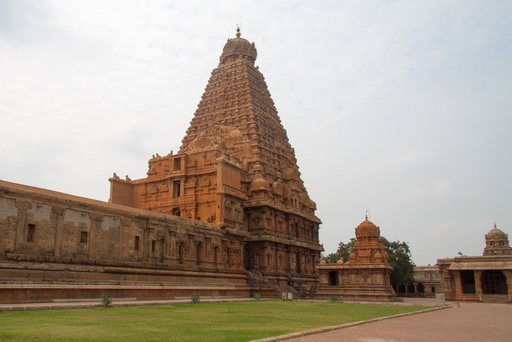 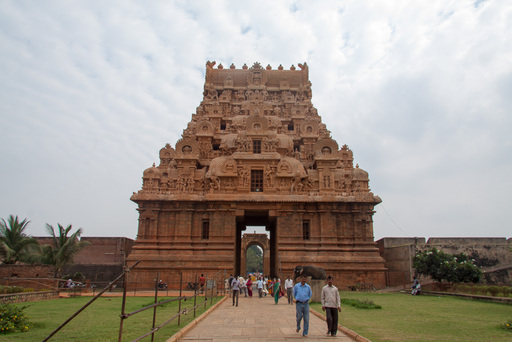 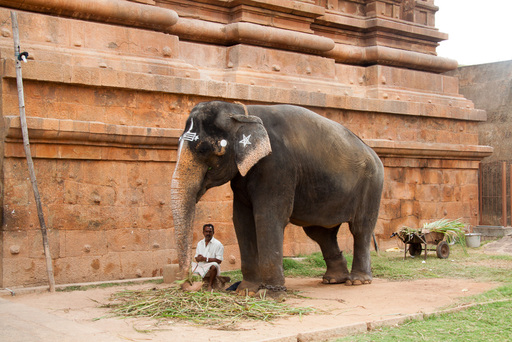 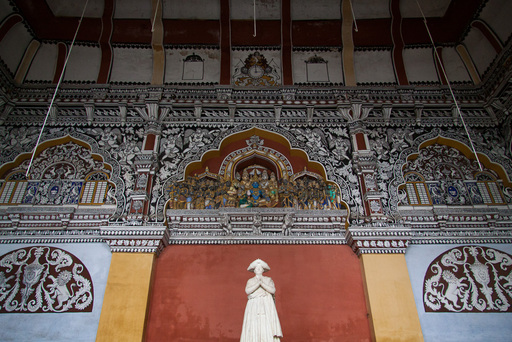 The trip from Madurai was the first long bus section: 6 hours.